Genetics in psychiatry has undergone an extraordinary transformation in recent decades, from an interest of a handful of pioneers to the dominant paradigm yielding new insights into etiology. As recently as the 1970s, mainstream debate in psychiatry still considered on the extent to which risk for psychiatric disorders involved genetic factors at all. Seminal quantitative genetics research in the 1980s and 1990s, much of it done at VCU, demonstrated substantial heritabilities for schizophrenia, bipolar disorder and autism, and moderate heritability for major depression. This set off a hunt for risk genes, which has been greatly facilitated by the rapid technological advances of the last decade.

Considering schizophrenia specifically, in 2014 a seminal study was published in Nature where over 100 genomic loci were robustly associated with the disorder in a massive sample of roughly 37,000 cases and 110,000 controls. Many of these genomic loci contain novel genes that are uncharacterized or poorly characterized at best. Existing data in the literature and predictive bioinformatics analysis indicate that several of these genes encode DNA-binding proteins. This suggests that they may have regulatory functions and, indeed, may regulate other genes implicated in the disorder. By figuring out how the network of genes interacts, we may gain insight into schizophrenia etiology and potentially identify novel sites to target with drugs.

In our lab, we are focused on the method of chromatin immunoprecipitation (ChIP) to elucidate protein-DNA binding. ChIP can be used in a targeted fashion with quantitative PCR to identify if a protein binds at a specific DNA site, or it can be coupled with next-generation DNA sequencing to elucidate genome-wide binding. We are engaged in several projects using this technology. 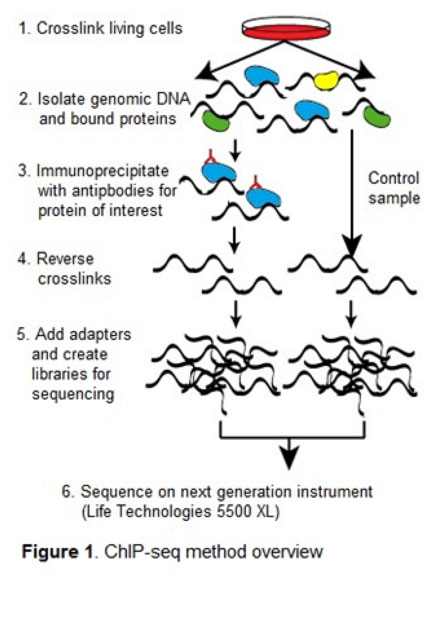